It is easy (and common) to underestimate the time needed and for many the time pressure is exacerbated by the order in which different parts of the game are prepared. Often megagame design, development and production do not take place completely linearly – we all are capable of parallel processing things (depending on the time available). Many of us thrive on fast-approaching deadline, however, the scale and volume of preparation needed for a new megagame design will be larger than most other game-related project you may have been involved in (unless you regularly organise events like 300-player zombie LARPS). The risk of running out of time is non-trivial because it impacts on the experience of the game for the 50-100 participants eagerly looking forward to an excellent new megagame experience.

What follows is my take of the project plan for a megagame.

At the point you have decided to do a megagame having an outline is really important. Megagame Makers usually look for some key design and structure elements in an outline, and that really helps subsequent stages. It also really helps to circulate the outline amongst your game designer friends (or even on the MM facebook page) for feedback. Filter the feedback for experience – many game players do not have the experience of design to offer meaningful feedback and will sometime give you ‘helpful’ advice that (consciously or unconsciously) leads you back to their favourite type of game. Listen to their thoughts and suggestions but filter them critically to see if they are relevant to your game concept. Feedback from people who have designed games, regularly run games or who play a large number of different types for games or who played in a large number of megagames can be listened to more closely. Finally other megagame designers are the most helpful to first-timers. Listen carefully to what they have to say because their experiences are directly relevant. Still filter and appraise the comments, of course – but the experience of running a megagame is still not so widespread that their thoughts and suggestions can be readily ignored.
Then – be self-critical. It might be that the feedback is negative – perhaps suggesting the game is not a megagame, or that the theme or stucture not a viable one for the megagame format. Be honest with yourself and take it on board. There may be a perfectly good game idea in there for another format (boardgame for example). It might be that the feedback means that some cherished aspect of the megagame isn’t viable. Look carefully and objectively. We all hold on to cherished ideas way beyond what is reasonable. This is fine in the small scale, but if you are asking 100 people to part with their time and money then you need to be really sure you are not merely being self-indulgent.

A key part of marketing and popularising your game is the game description. This is what you put on your website, or in flyers or emailed to gamers. It needs to have a description of the theme, as well as a guide to the type of game and what players can expect in terms of gameplay.

It also needs to have a list of the sorts of player roles that will be in the game, and possibly what they will be doing. This is especially important for an obscure historical, fantasy or science fiction theme where the background is not immediately recognisable. For, say, a World War Two game you might say ‘Players are military commanders at division and corps level’ – and most people will know that these players are doing wargame-type things involving moving troops around. On the other hand for a game about Venusian politics in the 23rd Century you would need to explain exactly what the Supreme Zubelgrop’s role is in the game and what she will be doing and how the roles and teams relate to each other.

You will, of course be wanting to playtest aspects of the game (as noted elsewhere, play testing an entire megagame is called ‘playing a megagame‘).
To do this you will be doing draft versions of the map (if there is a map) or sections of it, prototype game materials such as counters etc. and outline game briefings. This is an important stage that should not be skipped. Time spent now really helps later when you are firming up the game.
In fact for your first game it is really important to do this small scale playtesting. Many designers will extensively playtest or try out their game ideas long before announcing a game. It takes a special type of confidence to announce a game before any of the design, concept or testing stuff has been done. This can work – but it is supremely risky.

The game handbook, players’ guide– or whatever you call your core set of rules and procedures for the game is the key document for a megagame. It is possible to have rules and procedures distributed over several documents or split up into functional pieces for different players, but this is best done after the core rules have been put together. This should be done before all the player briefings and before finally producing game materials. It might be that the handbook is written then adjusted as other parts of the megagame are completed – but it really is important to have this core document and have the bulk of your rules and game structures as early as possible. This is where your Game Outline really helps to remind you what aspects of the game are important and need to be included. It is the scaffolding that the handbook is built on.

The game handbook is the key component of the game and it is vitally important that players get it at least 2 weeks before the day of the game. Although many people read their game materials on the train on the morning of the game, many others do not. Also circulating the game handbook in good time is an important psychological milestone that tells your participants that the game is real and is going to happen shortly. Do not underestimate the importance of that.

There can often be long and extensive briefings for teams or even individual players. Much depends on how much you like writing. If writing a lot is daunting, then restrict your briefing to one briefing per team. If you love filling out backgrounds and/or want to demonstrate your depth of knowledge of your theme, then personal briefings for each individual player can be the way to go. Do not under-estimate the time needed to write 100 personal briefings. It will take longer than you think.
The team / player briefings are important. However, they do not always need to be sent out to players ahead of the game. In many cases – especially when some key roles are vulnerable to a last-minute drop out – it makes sense to distribute personal briefings on the day.

On the other hand, team briefings can more easily be sent out earlier – often with the game handbook.

This contains guidance for your control team only. Leave this as late as possible to complete because this is where you collect all the errata, modifications and explanation that you may have missed in the game handbook. This needs to go out no later than a week before the main game – but ideally it should go out at the same time as the game handbook.

Game Preparation : Game Components.
The final versions of maps, counters, cards, toy soldiers, hats – whatever you are using are the last thing to be produced, and come after your game handbook and team briefings. The two weeks between sending out the game handbook and the day of the game is the Golden Time for game materials preparation. Getting the game handbook out on time is always a higher priority than anything else. 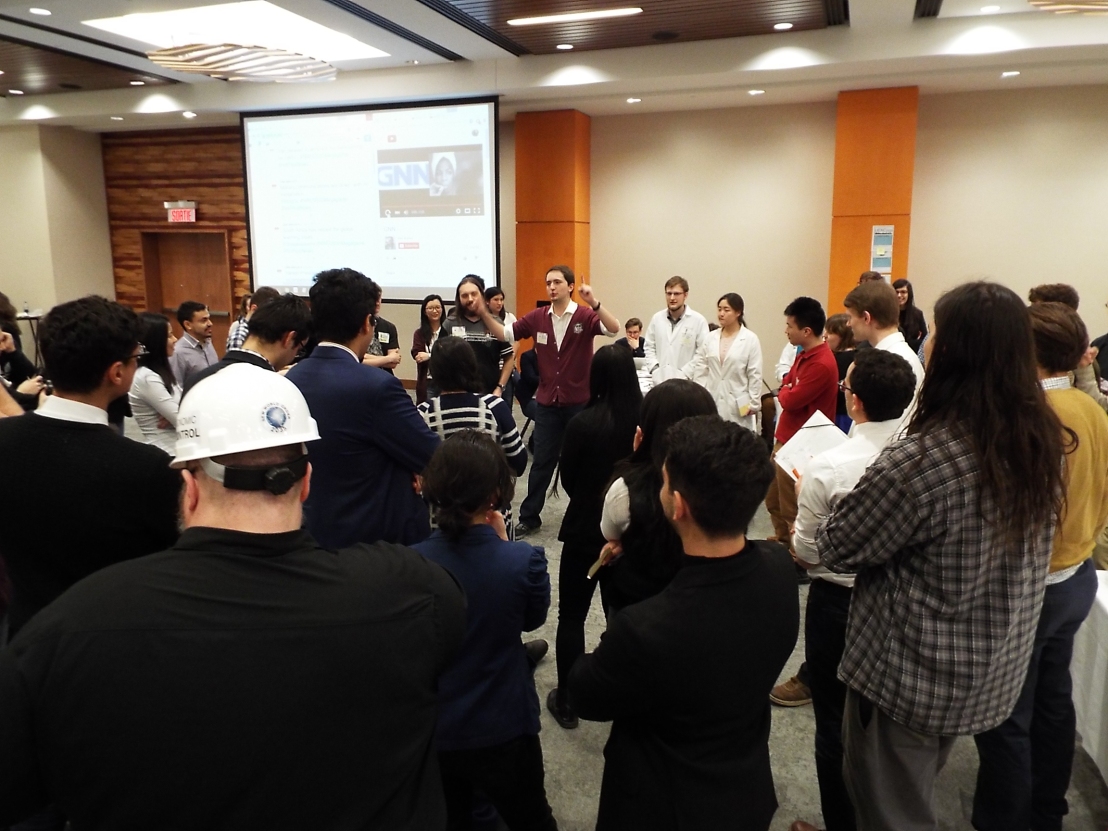 D Minus 3 months (or more) :
1. Write the game outline and circulate for feedback.  Be prepared to abandon or mutate your project. Better early than too late.

3. Initial concept testing / playtesting.  This step is VITAL. It might lead to a re-think of step 1.

D Minus 2 months (or more)
4. Announce / Publicise the game.  Avoid doing this before the steps above. Only go to this step when you are satisfied you have a demonstrably working game.

D Minus 1 month
5. Start writing game handbook (at the latest)

D Minus 2 weeks
6. Complete and send out final version of the Game handbook.  This should be an absolute deadline.

7. Finish final versions of map, counters, game materials.  If possible take this time off work. There will always be MUCH more to do than you think.

D Minus 7 days
8. Complete and send out final version of the Control briefing.  The game design is LOCKED. Change nothing from now on.

D-DAY
10. Turn up early with the stuff.  It is all over now – there is, pactically speaking, nothing you can do to influence the game design once the players start playing.  Your work is done… And breathe.